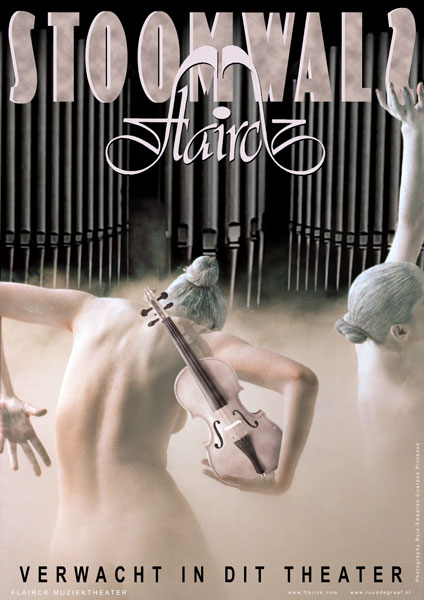 In 2008 Flairck will commence its 4th decennium with a thundering new performance:
"STEAM ENGINE WALTZ", featuring original instrumental fireworks by new and old band members.
ERIK VISSER, composer-guitarist and as always the driving force behind the band.
ELAINA COOK, violinist and daughter of an American bluegrass musician, she studied classical music at the conservatories of Indiana USA and Utrecht Holland and grew up with folk music and improvisation.
JEROEN GOOSSENS, flautist and multi instrumentalist and member of earlier Flairck productions such as "The Golden Age" and "Symphony for the Old World". 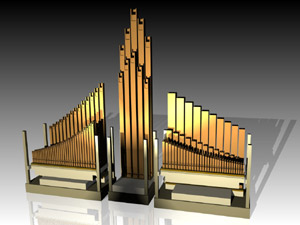 PABLO ORTIZ, a Mexican guitarist, bass player and composer, familiar with both Indian and European traditional music cultures and an important new addition to the band.
A rare new instrument will be added to the bands extensive collection: the ORCHESTRION, a large, mechanically (with air pressure) playing music-engine consisting of nearly 200 wooden pipes.

By the end of the 1970s Flairck established itself firmly on the acoustic music scene. Albums like "Variations on a Lady" (1978) and "The Lady?s Back" (1980) reached platinum status and received major awards in the Netherlands and were released from South America to East Asia.
In nearly 30 years the group has performed over 2500 concerts world wide. In 2007 Flairck released a 22 CD set of all its audio recordings. 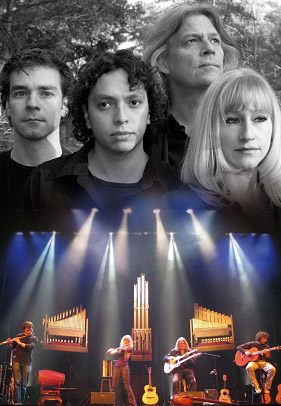 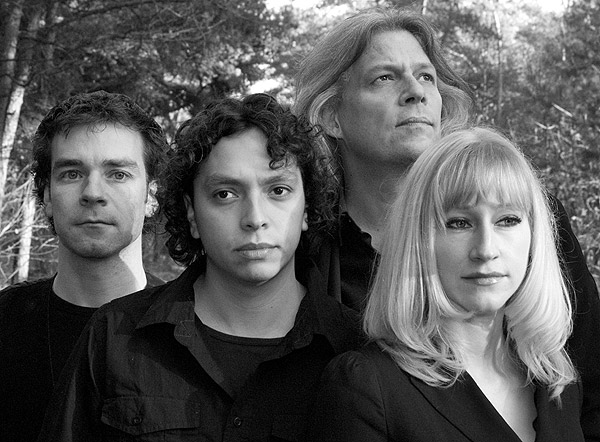 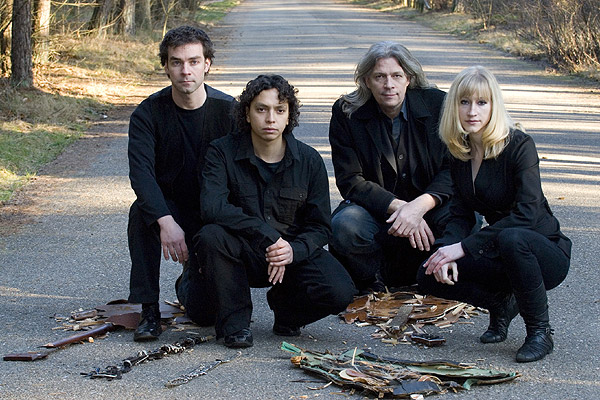 Check out the photos from the 'Stoomwals' tour!