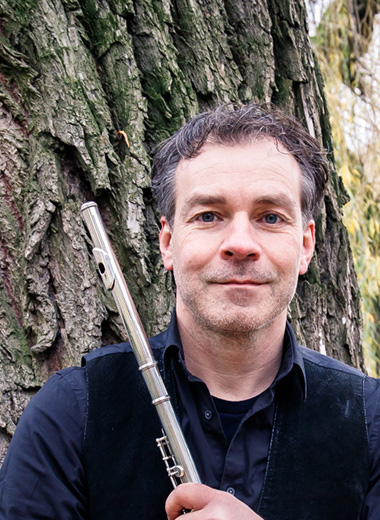 Jeroen Goossens started playing the recorder at 10 years of age and within a year he was the youngest flautist of the brassband ‘Constantia” in Ulvenhout, his home town in the south of Holland.
At 21 he became the conductor and arranger for a youth choir and started his studies at the Conservatory of Tilburg, Holland, with Raymond Delnoye as his flute teacher.
During his studies he joined the flute quartet ‘Volente’ and specialised in modern classical music.
In 1994 he joined a Wil Offermans masterclass and participated in his Flute Workshop Ensemble.
In 1996 he joined Flairck and performed with the group at his final exam, which was classified by the board as a ‘strange and uninterpretable”, nevertheless he passed with good marks.
Over the years Jeroen has developed a less than healthy interest in collecting windinstruments; his house in Breda is filled with ethnic flutes and windpipes from all over the world. His collection features several silverflutes, piccolo, altoflutes, bassflutes, bassoon, contrabassoon, oboe, clarinet, recorder, panpipes, bambooflutes, quena, sampoña, tinwhistles, traverso, didgeridoos, tuned milkbottles and many other windpipes.
From 1996 until 2000 he worked with Flairck on three theatre productions: “The Golden Age” (1996), “Lijf” (1998) and “Symphony for the old World” (1999).
From 2000 until 2006 Jeroen was a member of the Dutch folkrockgroup “Pater Moeskroen” and played numerous theatre-concerts and festivals in Holland and Belgium.
As a bassoon player Jeroen is a founder-member of the windquintet ‘Zephyr” and involved with several harmony-orchestras in the south of Holland.
Because of his extensive wind instrument collection Jeroen is in demand as a studio musician, he has played on several CDs with the group “3Js” and the sympho-rock-project “Ayreon” by Arjen A. Lucassen.
Jeroen works as a teacher at the music school in Breda, organises didgeridoo workshops and leads a “silver flute ensemble”.
Jeroen plays a flute that built himself in collaboration with Harry van Ekert. 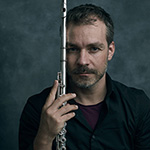 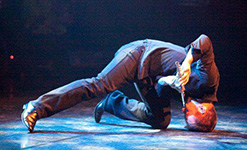 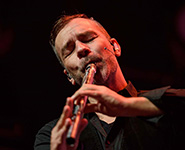