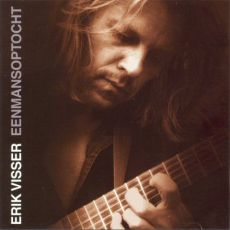 
I always planned to record a solo album , however, since my Irish busking days I have been working with the group Flairck; The last 25 year have brought 20 albums, nearly 2000 concerts, and little time to concentrate on solo work. Flairck decided to celebrate its silver jubilee by taking a break, which has allowed me to re-focus on where it all began: the guitar. I have lived in both Ireland and the Netherlands and this album clearly reflects both of these contexts. Ironically I found it took much longer to create an album with one musician than with many. When the Gods wish to punish us, they answer our prayers!