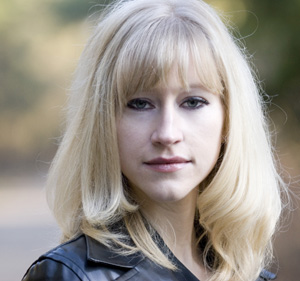 Elaina Cook began her musical career in Gainesville Florida at the age of four studying the Suzuki method. She is the daughter of a Texan bluegrass musician who played with Frieda and the Firedogs and grew up playing fiddle duets with her brother. In High School, Elaina was the winner of numerous state-wide and regional competitions, making her solo debut with orchestra in 1996. She served as concertmaster of the Alachua County Youth Orchestra for two years and was one of the youngest members to play with the Gainesville Symphony Orchestra.
Elaina has a bachelor’s degree in both violin performance and business from Indiana University where she graduated Magna Cum Laude. In addition to playing with the University’s six orchestras, Elaina also performed professionally with the Richmond Symphony, the Terre Haute Symphony, the Owensboro Symphony and the Bloomington Camarata Orchestra while living in Indiana.
Elaina’s diverse background as a musician reflects her interest in many different styles of music. She was a member of the Baroque Orchestra under the direction of Stanley Ritchie in the US and performed Mozart’s Requiem and Bach’s B minor Mass with Helmut Rilling in Europe, performing in churches where the composers themselves worked and performed. She premiered various contemporary pieces and 20th Century Operas at the Spoleto Music Festival in Charleston South Carolina. In the folk realm, Elaina toured with the Three Irish tenors across the North East U.S. and recorded a film soundtrack, playing African influenced original compositions.
While living in California, Elaina gave solo recitals and was a member of the chamber group the Presidio Ensemble. She also performed regularly with the Santa Cruz Symphony, the Fresno Philharmonic, the Monterey Symphony, and the Solaris Chamber Orchestra.
Elaina has also performed extensively as a chamber musician, receiving coachings from Joseph Silverstein and members of the Lark, Emerson, Aron and Utrecht String Quartets. She has performed throughout the United States as well as in Germany, Austria, Switzerland and the Netherlands. She is currently finishing her Masters degree at the Utrecht Conservatory and is doing her research on Celtic and Baltic folk music.