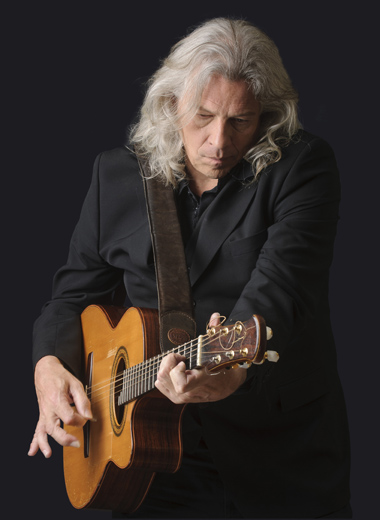 Erik Visser was born in Jakarta, Indonesia. Some years after the family had moved to Ulvenhout, in the south of Holland, Erik started studying classical guitar at the age of eight with Ben Ludemann, in Breda. At the age of 15, he joined the sixty’s psychedelic rockband 'Sloove'.
He studied architecture at the University of Delft from 1969 till 1974.
While in university, he co-founded 'Golliwogg', one of the earliest rock bands to use Dutch lyrics.
The line up of the band included flute and violin. In 1973, flautist Peter Weekers joined 'Golliwogg' but the group came to a halt when Visser departed for Ireland.
In Ireland he teamed up with American singer-songwriter Colleen Kelly. They hitchhiked to England where they just failed to win the 1974 Cambridge Festival Competition.
With Dublin guitarist Gerry O'Beirne, Erik Visser formed the group 'Hybrid'. They were later joined by the Supply, Demand and Curve's keyboard and cello player Jolyon Jackson (†1985) and the Irish jazz flautist Brian Dunning.
After Peter Weekers visited Visser in Dublin, they agreed to start preparations for a Dutch instrumental acoustic group. It would take two years to write the material and find the musicians for their plan. At this time Visser was dividing his time between Ireland and Holland and was married to an Irish girl, with whom he had two children.

Visser attended harmony and composition classes by Wim Witteman, a theoretician at the Utrecht Conservatory, who persuaded him to write larger compositions for the symphonic street orchestra“Riciotti Ensemble' which Witteman conducted.

In 1978, Weekers and Visser finally established Flairck. Visser has since been the only permanent member and has performed over 2500 concerts with the group. In 2007, Flairck released the CD box ‘Twenty Two’ containing all 22 CD's (228 tracks) the group had recorded over the years. Erik Visser has written three quarters of this repertoire.

Around the turn of the century Visser initiated, developed, wrote (or co-wrote) and co-produced, several large music theatre productions for Flairck: ‘Symphony for the Old World (1999), ‘Circus Hieronymus Bosch’ (2000-2001) and ‘Lucia de Moucheron‘ (2002-2003).
Between 2007 and 2012, he did the same for the Flairck productions ‘Reunion’ (2007), ‘Steam Engine Waltz’(2008-2009), ‘Global Orchestra’ (2011- 2012) and ‘The Battle'(2011).
Between 2004 and 2006, a sabbatical period for Flairck, Visser worked on archiving the music of the past 25 years and published the scores of “Symphony for the Old World”, “Circus Hieronymus Bosch” en “Lucia de Moucheron”.
In 2004, Visser released a solo album called “One Man Parade” and published a book titled “Thirteen Guitar Solos”. He travelled with “One Man Parade” through Holland, to Poland with Ania Faber and her band, to Mexico with La Mueca, to New Zealand and Ireland with Mary Coughlan and also toured Belgium with Wigbert van Lierde.

Erik Visser has been involved with the recording of more than 50 albums. Apart from his work for Flairck he wrote, arranged, played and/or produced for George Moustaki, Roberto Edwards, Maggie Reilly, Mary Coughlan, Gavin Friday, Basily, Marius Preda, Ramses Shaffy, Alexandra van Marken, Natalia Rogalski, Jo Young and others.
He composed the music for five short animation movies by Thies Poeth.
Several dance companies have used Visser's music for ballet productions, i.e. the Dutch company Introdans and the Idaho Dance Theatre (USA).
As a guitarist, Visser has been a member of the Gipsy-Balkan-Orchestra ‘Marius Preda’s Unknown All Stars’. He produced their first album ‘Budala Hop’in 2002.

In 2003 he founded the Guitar-academy of Austerlitz, a small village in the centre of Holland where he lives with the mother of his youngest daughter Decibel. He and two other teachers endeavor to bridge the gap between the village children and the music of J.S. Bach on a weekly basis. 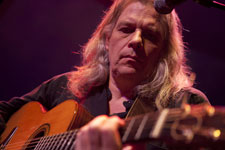 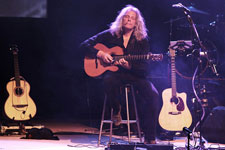 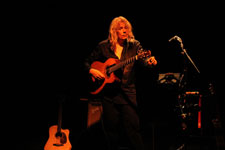