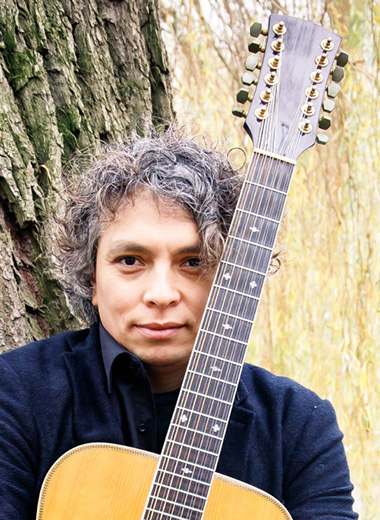 Pablo Ortiz was born in Morelia, Mexico. His father’s guitar case served as his cradle. At the age of ten, Pablo became part of the music-theater group La Mueca, where he developed his skills as a guitarist and took his first steps as an actor and composer. From 1987 until 1995, he toured with La Mueca all over Mexico and also traveled to Cuba, France, Germany, the Czech Republic and Spain.

In the autumn of 1996, he moved to the Czech Republic where he studied classical guitar and composition at the Prague Conservatory for six years. During those years he combined studying with working as a guitarist and composer, collaborating with different bands and performing at clubs and theatres around Prague and abroad. It was back in 2001, when Pablo first met Erik Visser in Prague and they discussed possible future collaboration.

In 2002, Pablo moved to Seville in Spain where he spent four years studying composition at the Manuel Castillo Superior Conservatory. He graduated in 2006.

In 2005, Pablo spent the summer at Erik Visser’s house in the Netherlands composing and arranging the music for La Procesión, a music-theatre performance by La Mueca featuring Visser and Ortiz as guest musicians. La Procesión was performed that same year in some of the most prestigious theatres in Mexico.

Pablo then moved to Gent in 2006, drawn to the fine Belgian weather. Following further collaboration with Erik Visser, Pablo Ortiz became a member of Flairck in the winter of 2007. On his first Flairck tour, Ortiz contributed both as a composer and as multi-instrumentalist, playing acoustic bass-guitar, 10-string classical guitar, jarana and guitarron. He also programmed and operated the 'orchestrion', which is a large organ fitted with 200 wooden pipes and an automatic accordion. The Stoomwals toured Holland for three consecutive seasons between 2008and 2009, as well as Belgium, Germany and Chili.

In 2010, Pablo Ortiz suggested the creation of a performance based on a poem by the Mexican writer, Sergio J. Monreal. This resulted in the audio visual Flairck production The Battle , which he co-wrote with Erik Visser. He also played an active role in the designing of projected images used during the performance. The Battle toured the Netherlands and was performed in Tokyo in 2011.

From 2010 until 2012, Pablo Ortiz was involved in the Global Orchestra project, which was a joint collaboration between the Basily Gipsy family, Flairck and guest musicians. This project also performed a large tour in Japan in 2015.

Since 2012, Ortiz has been working on an project called Cronofonia, based on compositions by his father Joaquin Ortiz and himself, cooperating with the English musician Dave Bainbridge and a number of guests musicians from all around the world.

As from 2013 Pablo joined a Flairck line-up which featured the original members, Sylvia Houtzager, Peter Weekers and Erik Visser for the 2014-2015 tour: The Lady's Back. With this last show he performed at concerts in the Netherlands, Chile and Japan.

Since 2016 Pablo was commended by the founder members of Flairck to lead a new line-up for the band in cooperation with talented young musicians and to open a new chapter in the large history of the band. 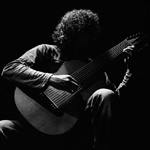 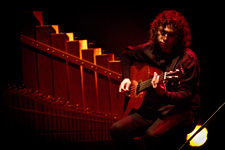 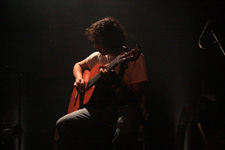